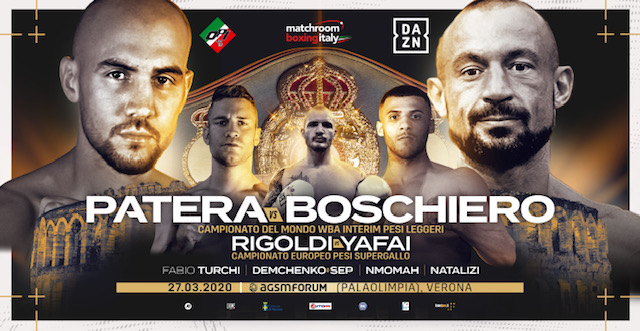 The World Championship boxing event scheduled for March 27 in Verona, Italy, at the AGSM Forum, has been postponed due to the recent ban by the Italian government of all sports events until April 3.

The show promoted by Opi Since 82, Matchroom Boxing Italy and DAZN will be rescheduled as soon as health regulations allow. The main event will remain the vacant Interim WBA World Lightweight Title clash between Francesco Patera and Devis Boschiero. Opi Since 82 and Matchroom Boxing Italy are also working to reschedule the show which should have taken place in Milan on February 28. Given the unprecedented nature of this now global issue, we are unable to offer more clarity on new dates. 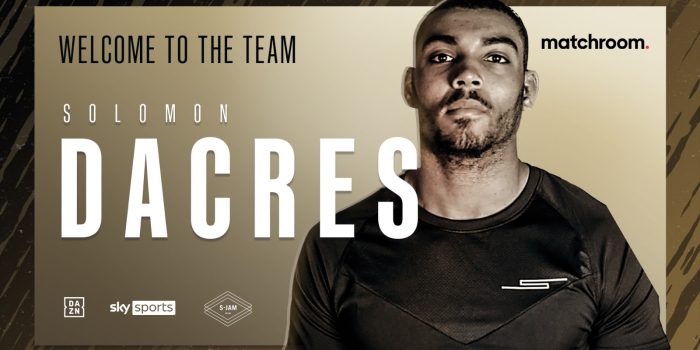 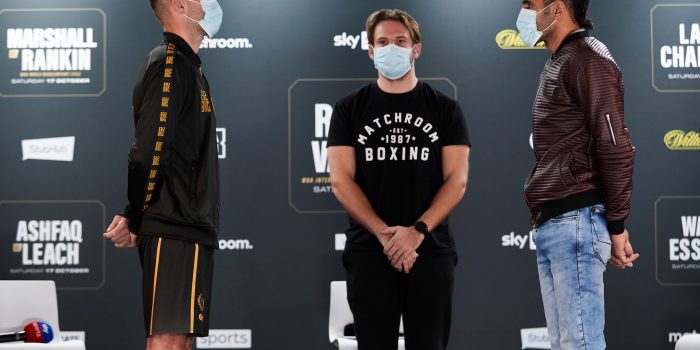