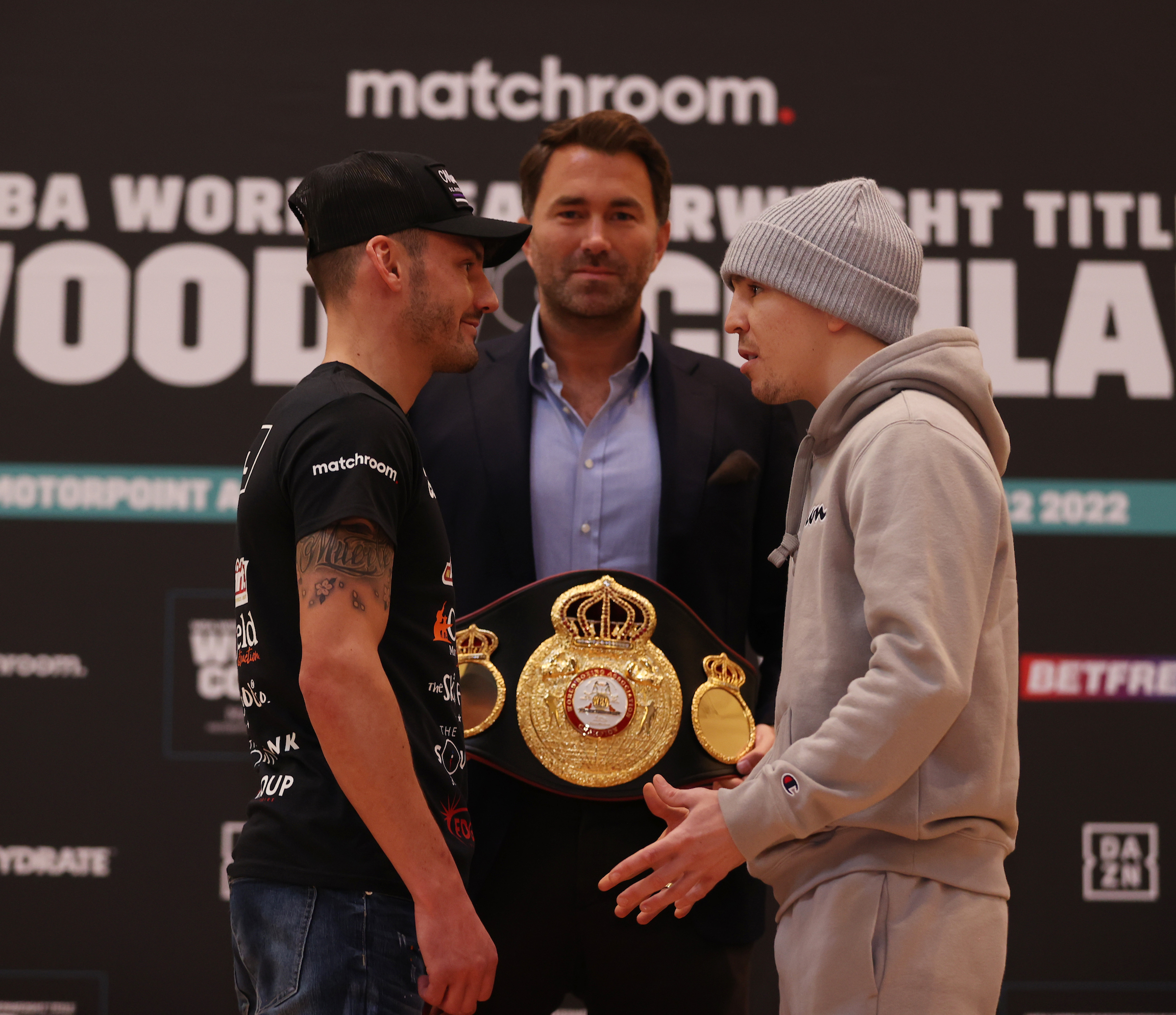 “Thank you, Nottingham, for turning out today, it was actually ten years this May coming that we were sat here for Carl Froch vs. Lucian Bute. Ten years since we were last in the Nottingham Arena for a major fight night, a world championship fight night.

“That night still reminds me of how great boxing is, one of the greatest nights in British boxing history and of course coming up on March 12, we have another tremendous night. We’ve been wanting to come back to this city for a long time and now we’ve got the excuse to do it with a brilliant fight – the World Featherweight title between Nottingham’s own Leigh Wood against Belfast’s Michael Conlan.

“It’s just a brilliant fight for both guys, for Michael Conlan he’s got the profile, the amateur pedigree, for a long time he’s been widely regarded as a World Champion in waiting. This young man to my right, Leigh Wood, people should be proud of, he’s really done it the hard way in the pro ranks.

“Wood boxed on small halls shows, fighting as the away fighter, suffered defeats when he probably shouldn’t have, took last minute fights. In our back garden in the summer, produced one of the best performances from a British fighter for a long time, dethroning Can Xu to become the World Champion.

“On March 12, Nottingham gets the chance to celebrate one of their own as a World Champion. It’s always great to have a kid from the city, a Nottingham boy, that gets a chance to defend his world title in front of his people live on DAZN.”

“I’m extremely focused, I was here as a young boy watching Froch do it, I was supposed to fight on that bill. To come here and watch Froch do it gave me that experience, how we handled the pressure throughout the week, I was taking it all in because I knew my time would come.

“Ten years old I wanted to do this, I wanted to be here in this seat right now and I’m not going to let it slip. I’m one fight away from a City Ground fight which is my dream and I’m not letting it slip.

“I’m not looking at that fight [Warrington], I’m not bothered about the belt, or the money. I’m here to do a job, I’m focused on Conlan and I know what I need to do to win. I’m working on the next seven weeks, practicing exactly what I need to do to come out and get the win. After the fight, we’ll look at what’s next and the belt situation.

“I respect him [Conlan] as a fighter, he’s not a fighter I’ve watched and thought he does anything unexpected or special. I do rate and respect him as a fighter, making sure I’m doing everything I need to do to win. He is quite tricky; we’ve looked at him in great detail.

“Social media wise, it seems like he’s got all of Team Conlan trying to rattle me, but it is what it is, I give what I get. He can do what he wants to try and throw me off, but I just see it as a weakness, trying to get any advantage he can – it’s not going to work one bit but do that opposite.

“This fight is everything to me. I don’t need to discredit him, tell him what he wasn’t done or performances, I know what I’m capable of and I know what I can do, I’m going to go out and do it – set up a massive fight, my dream fight at the City Ground.”

“Every blood, sweat and tear that both these lads have put in over the years from when they both started boxing, it all boils down to this fight and this moment. There’s pressure, a hell of a lot of pressure, whoever can handle, accept, and learn how to use that pressure can create a diamond on the night. It’s a fantastic fight and it will be a fantastic turnout on the night.

“It’s hard to explain but it still shocks me how hard Leigh hits, it’s freakish. I’ve trained him for over a year now and when I put the pads on it still shocks me. That isn’t going to win this fight, Michael’s a very versatile fighter who can adjust throughout the fight, through the rounds as well. Preparation, tactics, Leigh understanding what he needs to do and when he needs to do it, that’s going to be vitally important.”

“I was elated for him, I wished Leigh good luck on the week of the fight and really wanted him to win. I’ve got a lot of respect for him, he seems like a really good guy and I’ve heard loads of good things about him. I have the utmost respect for him as a person and fighter but fuck all that until after the fight. Let’s get the fight done.

“I have answer for anything Leigh does, I know what type of fighter he is, he punches hard yes but slow feet and curly head. I’ll punch ahead of him.”

“I believe it’s destiny, Michael has always been tipped in Ireland to be one of the best boxers ever to come out of the country. He’s proved that as an amateur, he become the only male World Champion from Ireland as an amateur.

“He’s progressed nicely as a pro and when the opportunity to come to Nottingham come up, and there was some bitching and moaning, we were very happy because we sat down and said that’s what it’s meant to be. To become World Champion, you must go to the opponents back yard and beat him in front of his own family, friends, that’s how to state a legacy.

“The energy that’s coming across from Ireland, the ferocity and hostility that’s going to be in that arena. We’re very excited and I’m very proud as a brother, very proud to be part of his crew and see him progress to get to this moment. This is the one, this is destiny.

“No doubts at all, on March 12 he’ll be champion. We came just the two of us, that’s how confident we are, we don’t need to bring everyone in our gym and watch him to a press conference. We’ve come here, it’s business, very excited.

“Belfast, when they get behind their own, it’s hard to beat. As a city we don’t have much, boxing is our sport and passion, our boxers in Ireland and Belfast especially as back page news. In England footballers take priority, in West Belfast where we’re from boxers are lauded over any other sportsman because they understand that Belfast is a boxing city.” 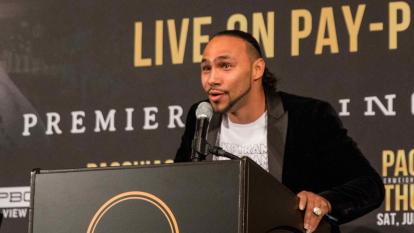