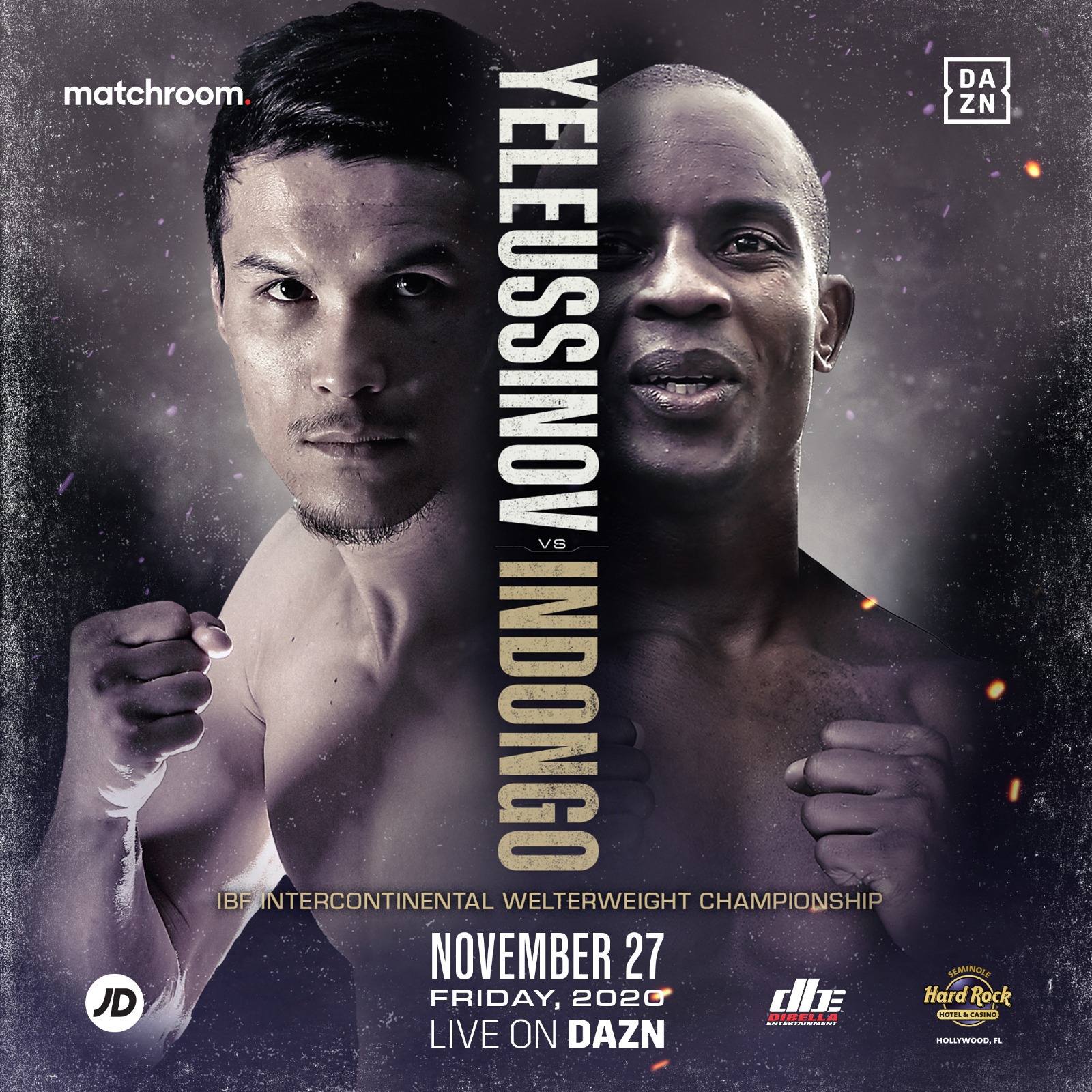 Yeleussinov (9-0 5 KOs) faces a stern test of his ambitions in the paid ranks as the Kazakhstan Olympic gold medal man aims to press on the accelerator as he enters double figures in pro fights.

Indongo (23-2 12 KOs) represents a major step up in class for Yeleussinov, having taken on Terence Crawford for the undisputed Super-Lightweight title in August 2017 as the unified IBF and WBA champion, having unified against Ricky Burns three months earlier.

“I thank Indongo for accepting this challenge,” said Yeleussinov. “He’s a former World champion that will come to fight.

“This will be a great fight for me and a great boxing show at the Hard Rock. I am going to show I’m the better fighter and Indongo will see the best of Daniyar Yeleussinov. I hope my fans will enjoy this event.”

“Daniyar is a very gifted boxer and a highly accomplished Olympian,” said Indongo. “However, I don’t fear anyone, because my skills will be a challenge for him as well. I feel as if my skills and conditioning, since training in America, have improved very much, so it is going to be a good fight. I am prepared to put on a great performance and get the win.

“I understand the importance of this fight for my career. I need to win…period. When I do, I will be considered as a contender in both the 140 lb. and 147 lb. divisions. This fight will open the doors I need to become a World champion again.”

“This is the test that Daniyar needs to show that he’s ready to press for World honors,” said promoter Eddie Hearn. “Julius is a former unified World champion; he’s been in with some great fighters and still has ambitions at the very top level.

“We believe that Daniyar is going to be a player in the division for years to come, but he must prove that by closing 2020 in style against Julius and setting up a big year in 2021.”

“Julius Indongo is only three years removed from being the unified champion at 140 and his losses have come exclusively at the hands of truly elite competition,” said Indongo’s promoter, Lou DiBella. “Daniyar Yeleussinov may have a gold medal from the amateurs, but is he an elite pro? Indongo represents a challenge in both skill and experience that Yeleussinov has not encountered as a professional. Indongo is hungry for another chance at a World title so, frankly, he views Yeleussinov as the stepping-stone and not the other way around.”

Yeleussinov’s clash with Indongo is part of a huge night of action in Florida as bitter rivals Daniel Jacobs and Gabe Rosado clash in a true grudge match at Super-Middleweight.

Marc Castro will make his pro debut on the undercard of Jacobs vs. Rosado. The Fresno talent was slated to make his bow in the paid ranks in Tulsa, Oklahoma in August, but he tested positive for COVID-19. Now the amateur sensation finally laces them up and is joined on the undercard by three-time World amateur champion Magomedrasul Majidov (2-0, 2 KOs), and young talents Nikita Ababiy (9-0, 6 KOs) and Alexis Espino (6-0, 4 KOs). 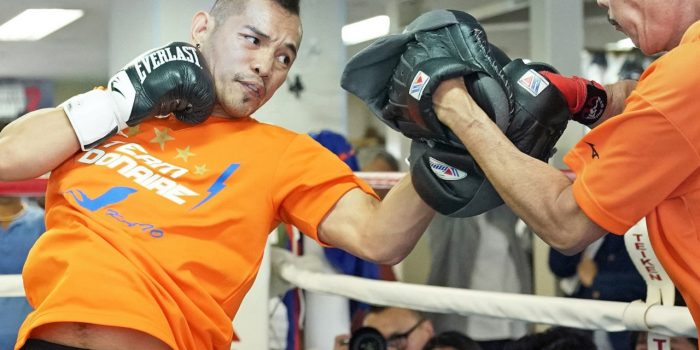 DONAIRE: I believe I can Win 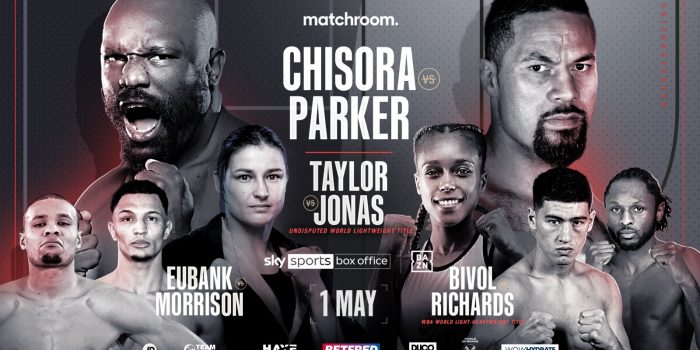 CHISORA AND PARKER COLLIDE ON BLOCKBUSTER MAY 1 CARD Taylor vs. Jonas and Bivol vs....