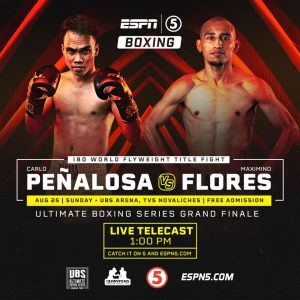 The important title war is set to unfold in one-week time on Sunday, August 25at the TV5 Studio in Novaliches, Quezon City. Metro Manila, live on ESPN5 Philippines.

Flores, 28, looked smiley and in high spirits in his second trip to the land of Hall of Famers Flash Elorde and Pancho Villa.

Three years ago, Max Flores lost a bloodied headbutt-marred war against Milan Melindo in Bacolod, a street fight in which both boxers ended with gashes over their eyebrows.

This time around, the Mexican from Ensenada, Baja California, aims at a clean victory that would propel him to even bigger fights in the hot flyweight division.

Or will the Mexican lose for a second time in his career to a Pinoy combatant?

The card’s line-up include the exciting grand finales of the popular UBS Ultimate Boxing Series, the successful boxing reality show that has been breaking ratings on ESPN5 Philippines.

The whole card, including UBS fights and IBO main event, can be watched on TV and online on ESPN5.com.

Carlo “Too Sharp” Peñalosa vs Maximino “Max” Flores for the vacant IBO Flyweight World Title this coming Sunday August 25is a production of Gerry Peñalosa’s Gerrypens Promotions with the assistance of Cathrina Gayos, in association with ESPN5 Philippines.

The author Carlos Costa is a boxing reporter living in the Philippines.   Carlos can be reached at carlos512@hotmail.comand whatsapp/viber +639184538152. 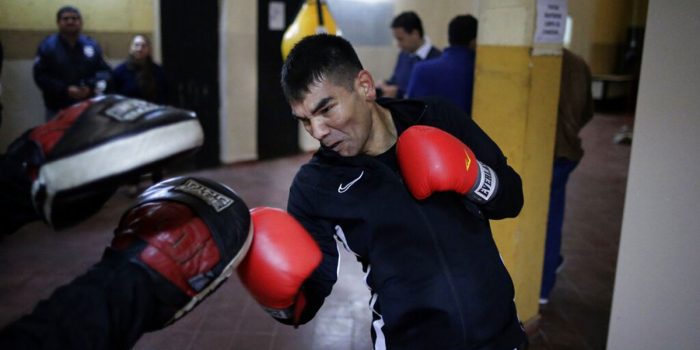 Paraguay prisoner gets new shot at life in the ring

By Pedro Servin ASUNCION, Paraguay (AP) — Richard Moray has had to fight to put... 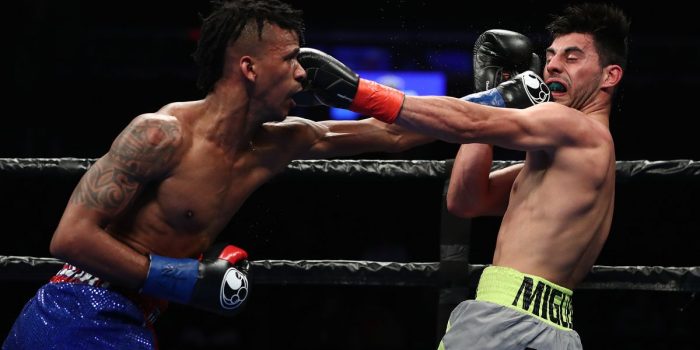 LAS VEGAS — Undefeated Cuban contender Leduan Barthelemy will square off against former title challenger Eduardo Ramirez in a 10-round...