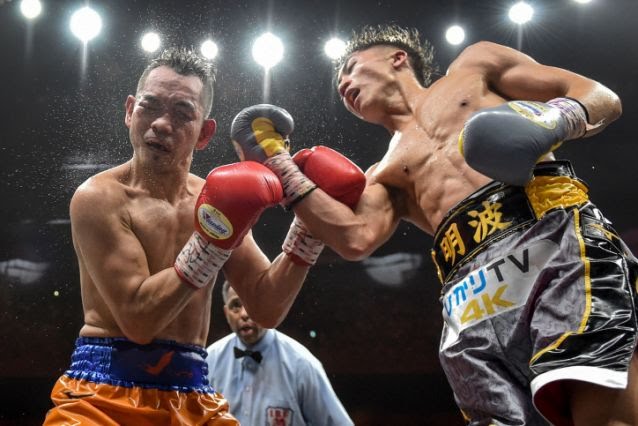 It was a big day for Naoya Inoue, the IBF-WBA bantamweight champion and, just perhaps, the 2019 Fighter of the Year. Inoue defeated Nonito Donaire in a stirring battle in the bantamweight finale of the World Boxing Super Series tournament, then signed a deal with Top Rank afterward.

Top Rank president Todd duBoef, who was in Saitama, Japan, to watch Inoue’s unanimous decision victory, said he plans to have Inoue fight on one of the ESPN platforms sometime early next year. The original plan, duBoef said, was for it to be in March, but Inoue suffered a deep cut over his right eye in the second round from a Donaire punch, so that puts the timeline into question.

Top Rank now has five of Yahoo Sports’ Top 10 fighters: Terence Crawford at No. 2; Vasiliy Lomachenko at No. 3; Inoue at No. 5; Artur Beterbiev at No. 8 and Jose Ramirez at No. 9.

Speaking to Yahoo Sports by telephone, DuBoef pointed to the success of Manny Pacquiao in the U.S. as something Inoue could accomplish.

“He reminds me of a video game when he’s pulling backward and throwing power shots,” duBoef said, laughing, of Inoue. “I mean, this guy is so telegenic. He’s been on our radar for a long time. Our matchmakers [Bruce Trampler and Brad Goodman] love him. We’ve been on him for a long time, but he wanted to go into the World Boxing Super Series, so when it started to come to a conclusion, we worked out a deal.

“I think he can be [a major star in the U.S.]. Manny Pacquiao came to the U.S. and he didn’t speak English, but he was an exciting guy with speed and power and personality. Naoya has a lot of the same traits in terms of ability and marketing ability. The boxing aficionados love him and it’s a fan base that has been craving him. His nickname, ‘The Monster,’ is perfect. He’s the total package.”

He showed that in the ring in a bout in which he was a 9-to-1 favorite. Donaire, though, fought like anything but a hopeless underdog. He gave as good as he got for most of the fight, and he had Inoue hurt in the ninth round. That round has to be a contender for Round of the Year, as the two were trading power shots.

The only knockdown came in the 11th when Inoue hit Donaire in the solar plexus with one of his patented left hooks. Donaire bent over and winced in pain and retreated to the corner. Inoue didn’t get on him immediately because referee Ernest Sharif got in his way and it took Inoue a couple of seconds to get around the referee and at Donaire.

But Donaire fought courageously to survive and then battled in the final round.

He would have beaten nearly any other bantamweight in the world on this night, but he was taking on one of the sport’s legitimate superstars. Donaire turns 37 next week and this could be his final fight. If it is, he goes out with a Hall of Fame-worthy résumé, with a 40-6 record, 26 knockouts and titles in four weight classes.

Inoue is just getting started, and at 26, is just now rolling into his prime.

Once he gets on ESPN and the American public at large can see him, it could be Pacquiao 2.0. He’s that kind of a fighter. 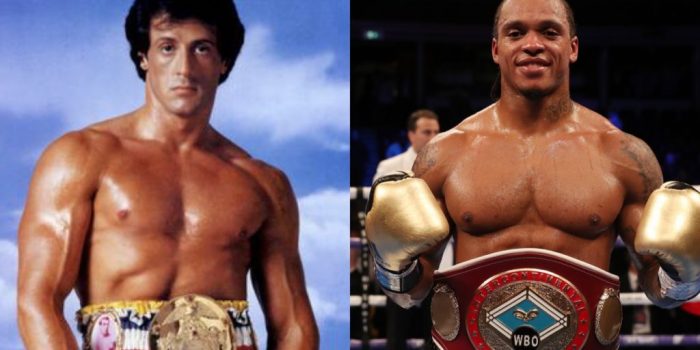 YARDE: THIS IS NO ROCKY MOVIE

ANTHONY YARDE WAS quick to dispel the notion that his forthcoming mission into Russia to... 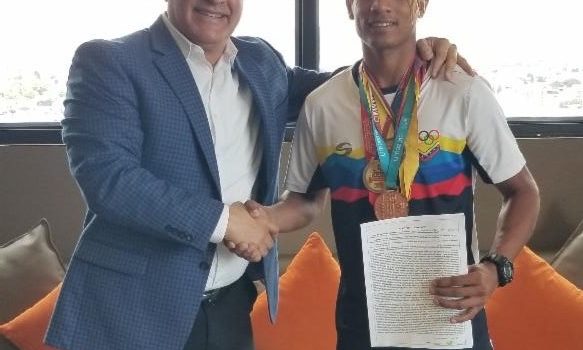