Eddie Hearn and his Band

Eddie Hearn and his band Match Room Promotions are not the Beatles or The Rolling Stones, still his pugilistic British invasion resembles a inaugural rock tour of the USA.

Excited boxing fans from around the five boroughs of New York City filled all the 5,600 seats in the Hulu Theater at Madison Square Garden. Whether their warrior won or lost every one of them departed knowing they got bang for their buck.

A stirring Main Event pitted former WBA Middleweight King Danny Jacobs, Brooklyn, against Ukrainian Sergiy Derevyanchenko, who now also lives in Brooklyn NY for the vacant IBF Middleweight Championship of the world. Some people may have looked at this matchup as Jacobs being spoon fed a title. Derevyanchenko only had a dozen bouts entering the contest without much exposure. Regardless of that, the insiders were still whispering the outcome was a toss up.

Wasting little time feeling each other out. Lighting their fuses both released bombs with Sergiy getting the better of the exchanges. Gaining momentum, Derevyanchenko had round one won when with only a few seconds left an overhand right to the head from Jacobs,159.6 lbs., had the Ukrainian hitting the floor. Jacobs carries 160 pounds in a big way, his biceps look like they belong to a heavyweight. Leaving his corner for the second, Derevyanchenko, 159.4 lbs., showed no ill effects from his fall. Having mastered the art of cutting off the ring, Sergiy kept cornering or backing Jacobs against the ropes, scoring with heavy shots in the process. Derevyanchenko continued to have hit Jacobs to body throughout. Offsetting the offensive in front of him, Jacobs bounced hard leather off his foe’s head. Ten rounds of oohs, aahs and roaring cheers left the alacritous throng wanting to witness the championship sessions. Not disappointing the faithful, both soldiers willingly engaged in a slugfest the last six minutes. Once the final second ticked off, the house cleared their lungs with a booming loud approval.

Sometimes a tenseness is felt when waiting to hear a decision in a close match. Those moments slow down the clock as each second feels longer than the previous. A that moment, Ring Announcer Miguel Flores put the microphone close to his mouth “Ladies and Gentlemen……” and went on the announce Danny Jacobs as the new IBF middleweight king by split decision. Julie Lederman 114-113 had it Derevyanchenko , but she was overruled by Tom Shreck and Steve Weisfeld 115-112 both for Jacobs.

After giving kudos to Derevyanchenko , Jacobs said “We absolutely want Canelo. It’s a fight the fans want. Now that I have the belt there will be more in the pudding for everyone.”

With Canelo and Jacobs both connected to streaming sports network the DAZN this fight could be happen soon.

Even though Derevyanchenko lost, he has proved himself among the elite in the talent laden middleweight division. Suffering his first loss Sergiy’s record is now 12-1 (10 KO’s). With a new belt to hold up his pants Jacobs now marches forward with a 35-2 (29 KO’s} slate.

Negotiating a big dollar deal with DAZN to promote thirty two fights a year, Hearn has decided to finally enter the American market. 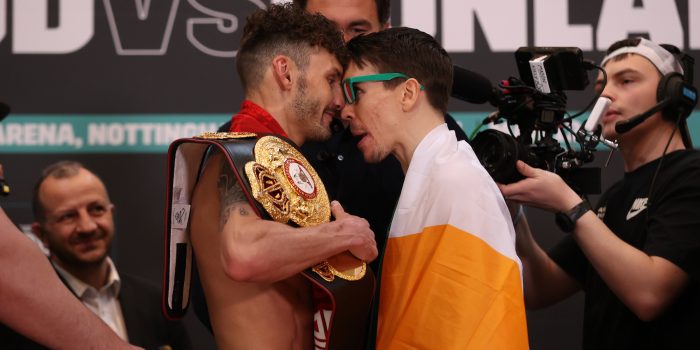 WOOD VS. CONLAN WEIGHTS AND RUNNING ORDER 17:30 GMT LIVE ON BEFORE THE BELL 6... 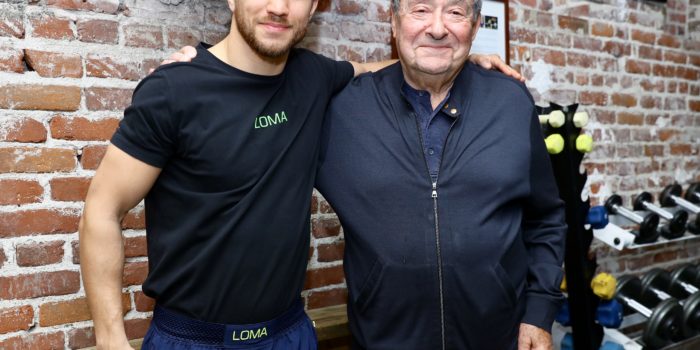