Over 8,500 fight fans filled the TD Garden, formerly known as the Boston Garden, and nearly a thousand of them traveled from Great Britain and Ireland. The majority of the remaining were “Southies” (Boston residents of Irish descent from southside of city). “Southies” are a group of devout Roman Catholics who take no crap and fanatically support anyone connected to the Emerald Isle. Most of those in the crowd had surnames such as O’Grady, Malone, McQuade, Sullivan and so on.

This was the hostile environment that newly minted IBF Super Featherweight Champ Tevin Farmer, 28, had to endure when making his first defense against Belfast, Northern Ireland citizen James “The Assassin” Tennyson. A native of North Philly, Farmer did not let this distract him from his mission.

Not long after the first bell chimed, a fired up Tennyson, 130, began aggressively pursuing Farmer, 129.6. This seemed to disrupt Tevin’s rhythm and when the session ended, the crowd, which included Ireland’s own WBO featherweight champ Carl Frampton and the pride of Irish scrappers Conor McGregor, erupted in loud and enthusiastic approval. Physically bigger and appearing to be stronger, Tennyson, 25, adorned in velvet green trunks, was effective in landing sneaky right uppercuts to Farmer’s head.

Signs of what were in store for Tennyson began to surface as the fleet-footed champion planted his toes and started scoring quick and accurate combos to the head and digging hard shots to the body. A precise left to the liver from the southpaw Farmer dropped Tennyson in the fourth.

Farmer continued hurting Tennyson with blows to the gut early in the fifth, and then finished off the challenger with one last laser sharp smack to the liver, leaving the Irishman hitting the deck on all fours wincing in pain. Seeing this, Referee Arthur Mercante Jr. jumped in waved things off at 1:21 of the session. It may have seemed Mercante pulled the trigger a little to quickly, but the lack of complaint from Tennyson’s staff certified that it was the right call.

Without a doubt this was the performance of the evening. Considering the volume of world class boxers on the fight card, it was an honorable accomplishment for Tevin. As trainer Chino Rivas unwrapped the Lou DiBella Promoted Farmer’s hands, it did not go unnoticed the amount of attention paid to him by Match Room promoter Eddie Hearn.

Standing in the ring in his furry pink and lime green attire, Farmer thanked him team and went on to say, “I pushed the fighter who was trying to push me back. I got the belt and I want Gervonta Davis.”

It has been eighteen months since this writer watched the mouthy Gervonta Davis get in Farmer’s face, spewing smack from his lips in the lobby at the MGM National Harbor in Oxen Hill, Maryland. This took place after Tevin’s stablemate Jason Sosa lost in his bout against Vasily Lomanchecko. A group of Davis’ friends from Washington D.C. got their kicks listening to his diatribe. Who is laughing now as Davis runs around partying at close to a 160 pounds with pal Adrian Broner? Meanwhile, anyone around the Philly fight scene will tell you Farmer is always fit, continues to train whether or not he has a scheduled bout. By showing improved power in his last few outings, the pundits are now making Farmer the favorite against Davis.

Going home across the Atlantic, Tennyson licks his wounds with a 22-3 (18 KO’s) mark. Scheduled to compete again on the Canelo vs. Fielding show at Madison Garden on December 15, Farmer raised his record to 27-4-1 (6 KO’s). 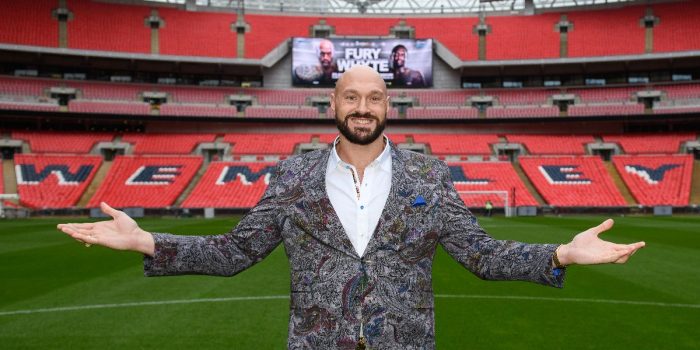 Tyson Fury is a One Man Show 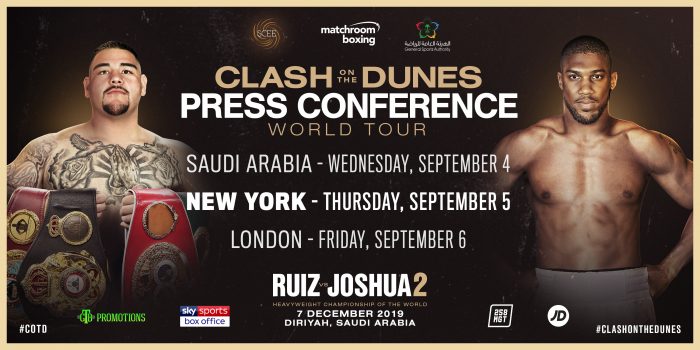 Andy Ruiz Jr and Anthony Joshua OBE will rematch in a colossal ‘Clash on the Dunes’ in the...